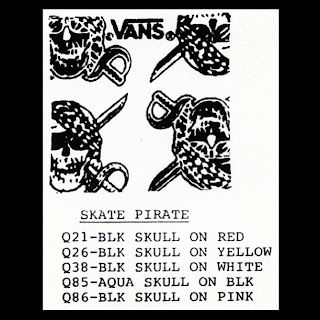 from one iconoclastic print to the next, initially referred to as skate pirate, the wayfarer & bandana wearing pirate skulls quickly became a cult figure amongst connoisseurs. I wish I could host a week full of pirate products but they simply too rare. as such sunday is skate pirate day! tag me in your footwear, apparel & accessories & we will share the core flavour 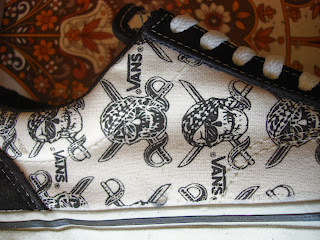 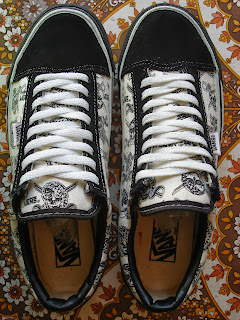 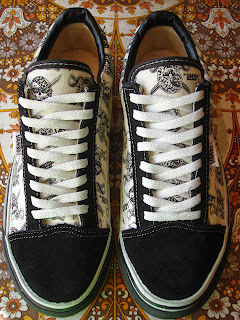 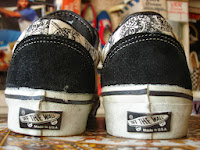 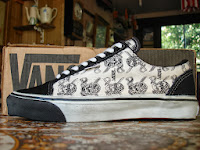 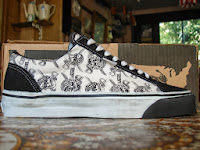 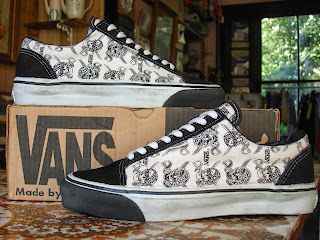 Email ThisBlogThis!Share to TwitterShare to FacebookShare to Pinterest
Labels: 1990s, asymmetrical, made in usa, off the wall, old skool, pirate skulls, style #36, US9, vans

what's (cooler than) the other side of the pillow?

we are stock hunters & collectors by trade. we scour the earth for deadstock rarities & deliver vintage heat which is.... as cool as the other side of the pillow! are you looking for something original & unique to set you apart from the crowd, or perhaps for something a bit more durable than your average modern re-interpretation? do you seek design-driven fashion made by hand with superior old-world production? well they don't make them like they used to... you dig?!?! we specialise in vintage footwear, eyewear & clothing however our passion is original VANS footwear MADE IN USA!

theothersideofthepillow
london, United Kingdom
this resource is now dormant & has been made redundant by our website www.pillowHeat.com which integrates blog, online shop & social media links. all items located here are still for sale unless marked by 'SOLD' tags & comments. selected stock is also still available through our big cartel online store. search the blog or scan the tags by brand, size or specification & email for pricing & purchasing details or to be add to the mailing list. we glady accept online payment by paypal & ship worldwide! 161b lower clapton road e5 8eq london UK thurs-mon 11:11-18:11 @pillowHEAT www.pillowHeat.com theothersideofthepillow@hotmail.co.uk +44 7988870508